7:35 in the Morning is a short from 2004 that I think Andrew found through StumbleUpon before it was nominated for an Oscar. We used to have little Found Media nights where people would bring DVD’s or drives with videos they had liked and downloaded from the internet, like YouTube parties before the social networks caught up with our habits and everything was given over to the cloud, and I remember this one making quite the impression when we put it up on the screen. A bit like when we found The Hire BMW films in early 2002. (Called The Hire, we found them stripped of their context and named them The Driver series and loved them all the same.)

The internet is interestingly timeless, insomuch that what is old can be new again, as new waves of people discover old art. It’s strange to think that 7:35 in the Morning is from a decade ago. I haven’t seen Andrew in months, I couldn’t name more than five people who used to come to those parties, but here I am, tracking it down and posting it to my LiveJournal, just like I did ten years ago when I was twenty:two.

It came up this evening because I’m sending some of my favourite short films to a dear friend who’s at home with anxiety. It’s not the hair-dye girly party we planned, but I’m still managing to help her with her gluey, uncomfortable head-yuck, so I’m a little disappointed, but not as much as I would be if I couldn’t find a way to help.

Hotel Chevalier, by Wes Anderson – Partner short to The Darljeeling Limited, Jason Schwartzman plays the same character, but before he got his emo heart all ker-smashed by his ex-lover, played by Natalie Portman. More atmosphere than plot, but nice.

This Is a Generic Brand Video, written by Kendra Eash for McSweeney’s Internet Tendency – Made entirely of stock footage, (excepting the custom narration), this short gleefully skewers the poisoned well of advertising conceits it draws from so successfully.

Oktapodi, by gobelins school of animation students – Two octopi in love. One is captured, meant for a dinner table, the other must get it free. Chaos, of course, ensues just as ridiculously it should.

Trois petits points, by gobelins school of animation students – Supremely stylish, a seamstress sews things back together during and after a war, while her husband is resentful. Thick with myth, this one, and darkness.

C’est la vie, by Simone Rovellini – Attractive and bewitching, this working girl is especially charming if you’re a fan of Amélie. Similar whimsy and cinematic style, though very different plot. I will love this one until I die.

Futher material by this group can be found at Northlakefilms.com. Late Bloomer was their first film.

For reference: Benny Benassi’s Satisfaction, Eric Prydz’s Call on Me. The trucker video? I have no idea. You tell me? 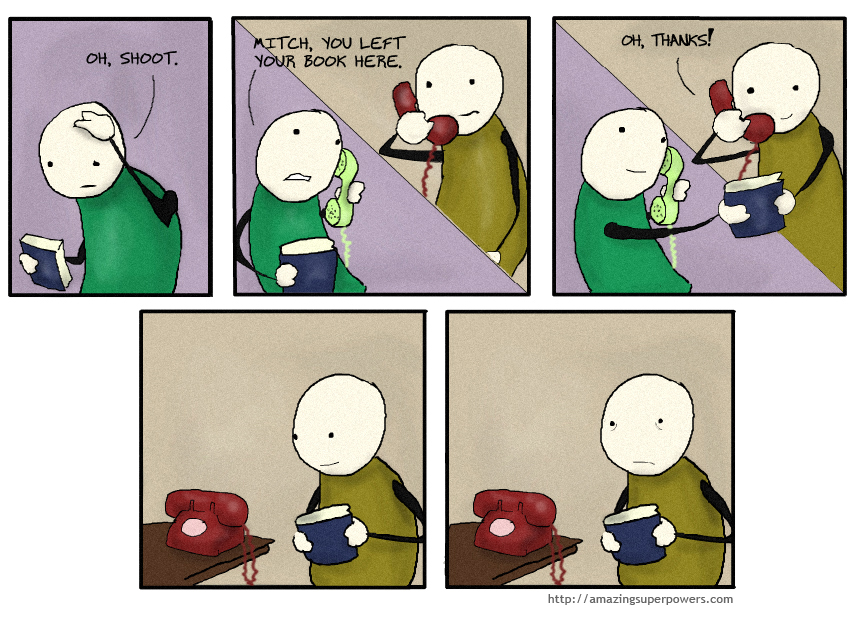 Today’s most excellent website: Regretsy, finally providing a home for some of the train wrecks of unfortunate taste available for sale on Etsy.