To celebrate my insanely exciting travel/adventure news, I’ve been blasting my facebook with the good times virus. Here’s a round-up of some of the cheerful links, as well as a few extras:

For the First Time, the TSA Meets Resistance

"Yes, but starting tomorrow, we’re going to start searching your crotchal area" — this is the word he used, "crotchal" — and you’re not going to like it."
"What am I not going to like?" I asked.
"We have to search up your thighs and between your legs until we meet resistance," he explained.
"Resistance?" I asked.
"Your testicles," he explained.
‘That’s funny," I said, "because ‘The Resistance’ is the actual name I’ve given to my testicles."

Bipartisan support should be immediate. For fiscal conservatives, it’s hard to come up with a more wasteful agency than the TSA. For privacy advocates, eliminating an organization that requires you to choose between a nude body scan or genital groping in order to board a plane should be a no-brainer.

He opted out of showing his penis to the government, so they told him he’d have to submit to an intimate testicle fondling. He told the screener, "if you touch my junk, I’ll have you arrested." After faffing around with various supervisors and supervisors’ supervisors, he opted not to fly, collected a refund from the American Airlines counter, and started to leave the airport. But before he could go, the supervisor’s supervisor’s supervisor told him he wasn’t allowed to leave the checkpoint once he entered it, that he was already in for up to $10,000 in fines, and that he would have to return and allow the man’s minons to palpate his genitals before he’d be allowed to leave the airport.

Lobbyists join the war on terror

The degradations of passing through full-body scanners that provide naked pictures of you to Transportation Security Administration agents may not mean that the terrorists have won — but they do mark victories for a few politically connected high-tech companies and their revolving-door lobbyists. […] But this is government we’re talking about. A program or product doesn’t need to be effective, it only needs to have a good lobby. And the naked-scanner lobby is small but well-connected.

It’s the day ordinary citizens stand up for their rights, stand up for liberty, and protest the federal government’s desire to virtually strip us naked or submit to an "enhanced pat down" that touches people’s breasts and genitals in an aggressive manner. You should never have to explain to your children, "Remember that no stranger can touch or see your private area, unless it’s a government employee, then it’s OK."

The goal of National Opt Out Day is to send a message to our lawmakers that we demand change. We have a right to privacy and buying a plane ticket should not mean that we’re guilty until proven innocent. This day is needed because many people do not understand what they consent to when choosing to fly.

By the way, it is the official position of Goldblog that everyday is opt-out day. There’s no need to wait until November 24th. But come November 24th, here’s an idea you might try to make the day extra-special. It’s a one-word idea: Kilts.

Coming back from Chicago, Celeste, like increasing numbers of travelers, was forced to make a difficult choice – either allow strangers to see her naked or allow strangers to touch and squeeze her breasts and groin in full view of other travels and TSA agents. “This was a nightmare come to life,” Celeste says, “I said I didn’t want them to see me naked and the agent started yelling Opt out- we have an opt here. Another agent took me aside and said they would have to pat me down. He told me he was going to touch my genitals and asked if I wouldn’t rather just go through the scanner, that it would be less humiliating for me. I was in shock. I couldn’t believe this was happening. I kept saying I don’t want any of this to happen. I was whispering please don’t do this, please, please.”

Bold legislators in New Jersey and Idaho have introduced bills stopping the new porno-scanners, but that’s not enough — we need to pass these bills in every state! So I set up a thing to make it super-easy to contact your state legislator about it. Just add your name and zip code to our petition and we’ll automatically email your state rep.

An organization seeking advocacy and recognition of the TSA’s and DHS’s actions against our privacy and right to refuse unwarranted search. 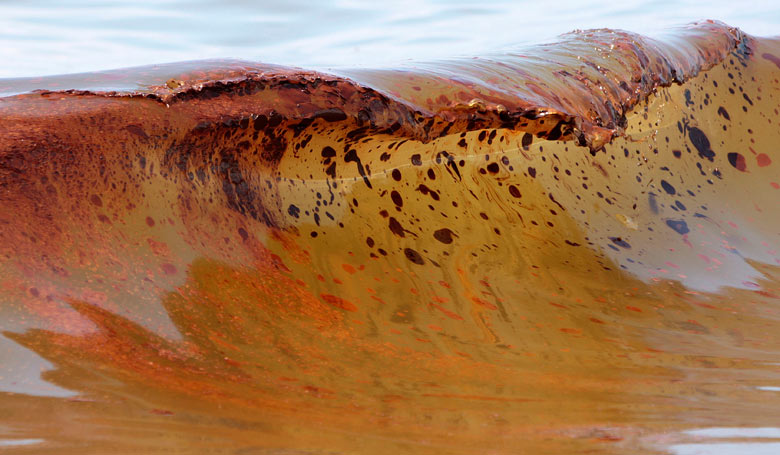 Oily waters breaking on Orange Beach, Alabama, more than 90 miles from the BP oil spill, cannot distract from the mess 4 to 6 inches deep on parts of the shore.

On the heels of the discovery that both Aardman Studio’s The Pearce Sisters and the National Film Board’s Madame Tutli-Putli have both been put on-line in their entirety, I started sporadically collecting together a selection of Oscar-winning animated shorts that have been put up on YouTube, beginning with Balance, a fantastic film I saw at a festival in the early nineties and have never been able to shake off.

As a bonus, here’s Atom Films Academy Award Hall of Fame, which spans from stunning achievements such at The Cathedral to downright clever fun like Aardman’s Adam. I have no relationship I could call such, but I am surrounded by good people. I have a solid idea and a solid model of it to work from. My voice is strong, my hands clever, and I can state my needs simply. I survive crisis calmly, expect things to be harder than they are, and laugh with tragedy. My body will not be found washed up on the shore. I will survive tomorrow morning, no matter my age or the dye staining my fingers.

Heart of the World on CBC.

Heart of the World in the Globe & Mail.

heart of the World in the Georgia Straight (bottom of the page).

Heart of the World on news1130 with errors it almost hurts to read.

Heart of the World on Beyond Robson.

Heart of the World on Artery.ca, (front page, no less).

Heart of the World on Cinema Treasures.

Heart of the World on Sock Puppets From Hell. (I don’t know them, do you?)

Everything I’ve found after those are cannibalizing each other.