As Israel’s assault on Gaza intensifies, it is not anti-Semitic to say: not in my name, by Laurie Penny, (emphasis mine):

Last weekend, hundreds of thousands of men, women and children around the world marched to express their disgust at Israel’s air and ground assault on the Gaza Strip, and among them were swathes of Jews and Israelis. This is one of the few situations in which it makes a difference to stand up and say: not in our name. Not now, not ever again. Being Jewish, or having Jewish roots, doesn’t make you responsible for what is happening in Gaza, but it does mean that your dissent carries that much more weight. Not more weight than the grieving relatives of the families butchered in Shejaiya, but the kind of weight that hangs heavy on the heart, and that comes with the small but palpable risk of upsetting your family.

So here it is. I think my ancestors who were persecuted, tormented and exiled down the centuries for being Jews would be horrified to see what is being done in their name today.

“The crisis began in late November when Ukrainian President Viktor Yanukovych snubbed a plan to sign an Association Agreement and trade pact with the EU after Russia persuaded the most populous former Soviet republic to stay in the Kremlin’s orbit.

Citizens subsequently flooded the streets and made Independence Square, aka Maidan, their base in central Kiev. The confrontations between the opposition and Yanukovych’s government have been escalating since.

On Wednesday, people poured back into Maidan to prepare for fresh clashes with police. (Here’s a Maidan live stream.)” An anti-government protester gestures towards riot police during clashes in Independence Square in Kiev February 18, 2014. Kiev streets have been burning throughout the protests. On Tuesday, the Maidan was particularly alight. Leading to some incredible fireworks admid the violence. Protesters have used rocks, slingshots, catapults, and Molotov cocktails.
While crude, the mixture of flammable liquid inside the bottle of a Molotov cocktail has proven very effective. 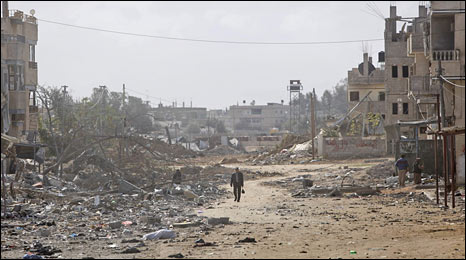 Images from Lebanon. This is a picture showing the leaflets that are being dropped into civilian territory telling people to get out or they will be bombed.

The kitchen is clean. I am considering celebrating. Those of you who have visited recently know the implications of that statement. For those of you who haven’t been so unlucky, it seemed for awhile that my roommate was observing a strict regimen of experimentation, hypothetically breeding new species of super fruitfly. It was all for science. It had to be. That was too many of the little annoying gnats to be otherwise. Now that the kitchen has been cleaned, I will take on the bathroom in return. A serious exercise in scrubbing shall occur, oh yes. Time for the cool clean taste of bleach. I would still like to know where to get a carnivorous plant to placidly hunt down the remaining kamikaze insects, but for now, I am no longer living on the edge of a war zone of dishes. Insert the ticker tape parade here.

As part of making the self a home, I want to map out my new body rules, examine minutely the fresh schematic I returned with, but I think they’re still in flux, still settling and finding their edges. I don’t like people casually touching me now. Arms around my shoulder, legs against mine when we’re sitting four to a couch, I’ve been avoiding it. Instead I sit apart. Family is exempt, as they usually are. Not the blood relatives, but the clan I’ve created with empathy adoption and matching personal mythology. It’s odd and unexpected, a new layer of adaptation to paste into the mental environment. I require space now, room for my skin to breathe.